Oh yeah, there’s going to be music at the con too! 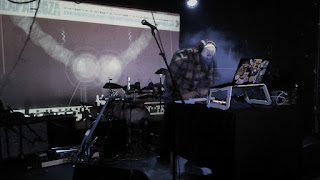 Half anarchy / half drum’n’bass with a large side of salty, salty fries his live shows are chaotic and his releases are furious.

2016 has seen the release of “Techniques Against Technology”, inspired by the Invisible Committee’s insurrectionist  manifesto, it is his most angry work to date.

In praise of Techniques Against Technology:
“Turbo dope.” – Alone
“Love it! The title track is the icing on the cake.” – Oceano
“It’s not okay to post large amounts of untargeted, unwanted, or repetitive content to YouTube.” – The YouTube Team

donotrunwithpixels will be bringing his live set to Swansea Comic and Gaming Convention.

Bring your dancing shoes and an open mind.