A brief history of SCGC

Swansea Comic and Gaming convention is the brainchild of Ricky Webber (a writer for the Swansea Comics Collective) and Simon Kendrick (owner of The Gamers’ Emporium). Ricky and Simon, tired of waiting for a convention to arrive that would appeal to comic book fans and gamers alike, decided to create their own so in late 2015 they set about planning the inaugural SCGC.

On Saturday 27th May 2016 the first Swansea Comic and Gaming Convention was held at the Volcano Theatre on High Street. SCGC 2016 was a great success! Filling the venue to bursting the entire day, with people queueing all the way up High Street, eager to get in. Nearly 1200 people descended on the venue. Thanks to in no small part to the efforts of a team of enthusiastic volunteers roped in to help on the day from amongst Ricky and Simon’s friends, family, co-workers and customers. 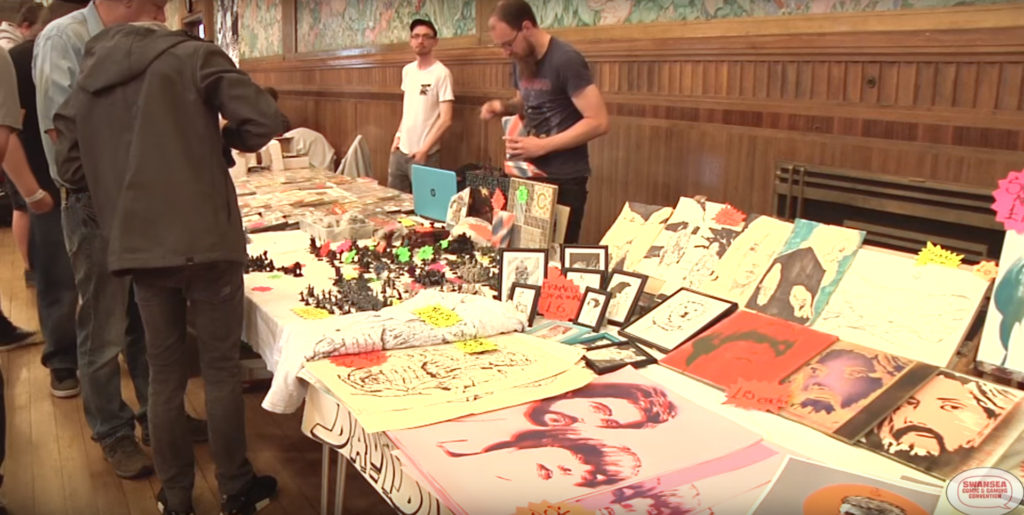 Following the success of SCGC 2016, Swansea Comic and Gaming Convention Limited was incorporated as a not-for-profit company, to ensure the continuation and legitimacy of the event. Ricky and Simon set about doing it all over again – this time with fellow SCC writer Adam Wilmot joining the team of Directors.

It was clear from the volume of attendees at the 2016 event, that the SCGC had already outgrown its humble beginnings and so, shortly after, the event was moved to a new home, the much larger Brangwyn Hall, located within Swansea’s prestigious Guildhall. 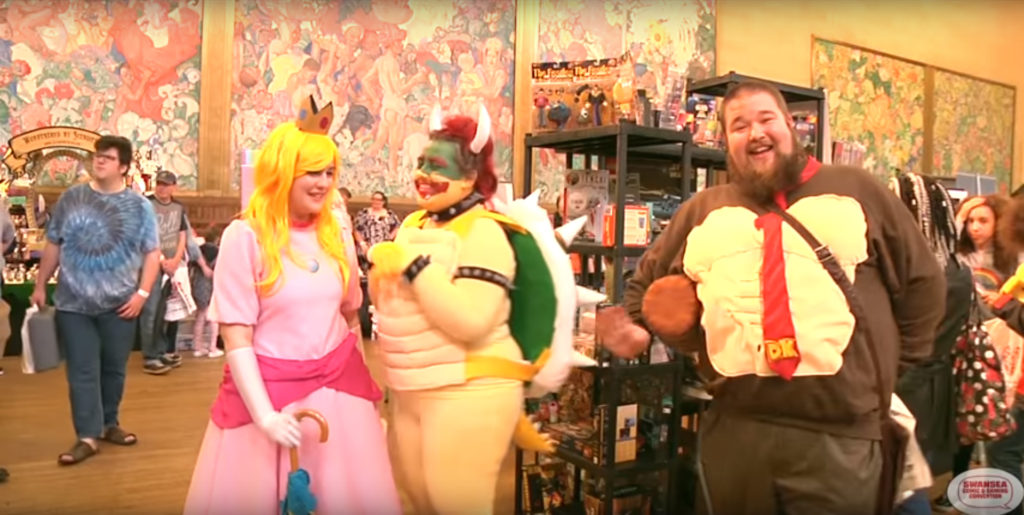 SCGC 2017 proved to be just as much of a success as the previous year. Over 1000 people attended. This time SCGC had a wider range of traders present, special guests including artists Connor Boyle, Dylan Teague, The Etherington Brothers and author Steve Lockley. There was also an expanded gaming area with both VR and analogue gaming on offer. Oh, there were also pirates singing songs about gaming too…

In 2018 the Directors were bolstered by a planning committee of volunteers, each one just as enthusiastic about the event’s aims and ethos – a local convention, by genuine enthusiasts for genuine enthusiasts and focused squarely on promoting and celebrating all aspects of both comics and gaming. The event raised over £3000 for Blood Bikes Wales, and saw appearances by game designer Andy Chambers, artists Simon Bisley, The Etherington Brothers and Dylan Teague, musicians Captain Meatshield and Death Ingloria and an expanded selection of traders and free-to-participate games, demonstrations and panels.

We couldn’t make SCGC happen without a lot of help from a whole bunch of amazing volunteers, so here’s a list of thanks: 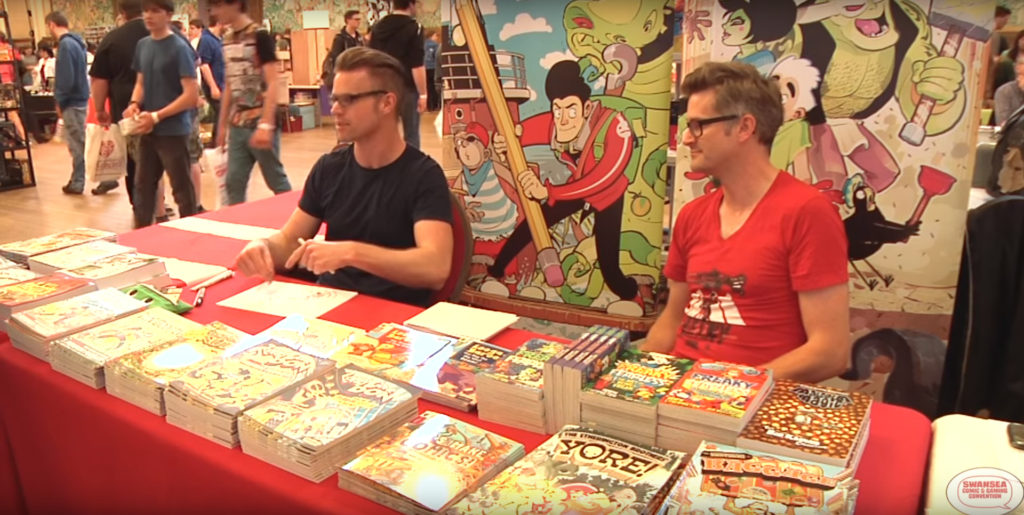 “The Swansea Comic and Gaming Convention is a rising star among the UK’s show scene. An equal pleasure to attend as guest or visitor, this one-day event is a masterclass in community engagement. The true difference between the good conventions and the great is no longer simply their potential for attracting major creators – it’s their ability to excite the audience around them that really matters. This is where the SCGC crew truly shine. Professional, courteous and enthusiastic, with a growing legion of supporters, this is a superb show that will continue to grow. We can’t wait to return!”

Swansea Comic and Gaming Convention is a company registered in Wales (Company Registration #10357841).

The Company is limited by guarantee and is a not-for-profit venture aimed at running an on-going series of conventions for the benefit of the Swansea geek community and to raise funds for selected charities.